Fresnel (1788~1827) is a French civil engineer and physicist. Fresnel's scientific achievements had two main aspects.  One is diffraction.Based on Huygens principle and interference principle, he established Huygens in a new quantitative form — Fresnel principle , and perfected the diffraction theory of light. Another achievement is polarization. Together with D.F.J. Arago, he studied the interference of polarized light and identified light as shear waves (1821); He discovered circular and elliptical polarization of light (1823) and explained the rotation of the polarization plane in terms of wave theory;  He deduced the quantitative law of reflection law and refraction law, namely Fresnel formula; The polarization and birefringence of marius' reflected light were explained, which laid the foundation of crystal optics. 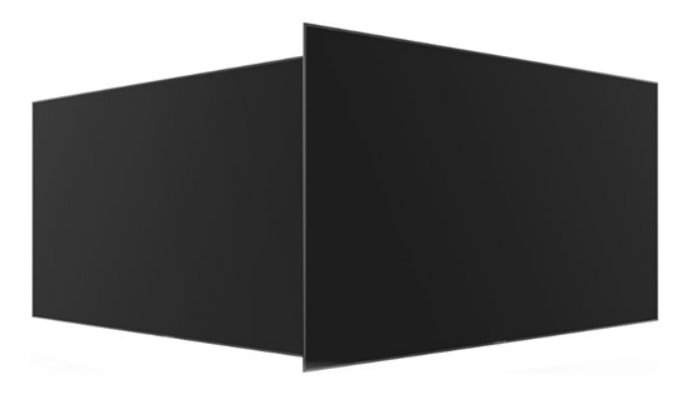 Today, Fresnel's achievements are widely used in various fields, one of most popular product is the FS series Fresnel ALR screen which independently R&D by Chengdu Fscreen.  Why is Fscreen's screen called  Fresnel screen instead of a Fscreen screen?  There are many optical principles and materials science applications involved.

In order to help us understand,here give an example using flashlight light: the bulb uses the convergence of the convex reflector cover in front of the flashlight to gather up the light, so that the beam of light is bright and straight, the principle of this convex light concentration believe that many people understand.  Fresnel structure actually makes use of the convergence principle of the convex mirror. It divides the convex mirror into a circle structure and puts it on a plane, which can save a lot of useless space. It is quite abstract to explain. 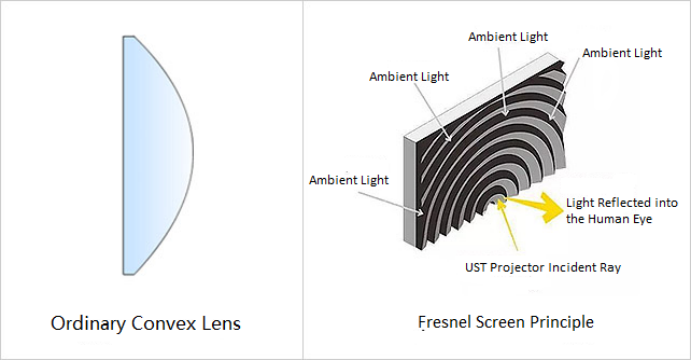 This turns the convex surface into a flat structure, but it still acts like a convex mirror, because screens can't be made into large convex mirrors, so that the Fresnel screens on the market.  Fresnel lens can achieve the effect of traditional convex lens concentrating light by maintaining the convex lens optical path and reducing the part that does not change the optical path, and it can also save space and materials.

This technology was monopolized by western countries for many years until Chengdu Fscreen to conquer and R&D out the Fresnel screen, makes the high quality laser TV screen with affordable price;with its good performance and effect it is very popular in the market.