Is the Fresnel Screen Really that Amazing?

There are two questions,nearly everyday somebody will ask;

Fresnel is one of the brand of Fscreen? Is the Fresnel Screen really that Amazing? Can you tell us?

Today we talk about this.

Here we need to clarification: Fresnel is the French Physicist name, not a brand!

Fresnel Lens, which was invented to solve the problem of how to make the lens thinner while retaining the optical properties of a convex lens.

Here's a schematic diagram of the principle: 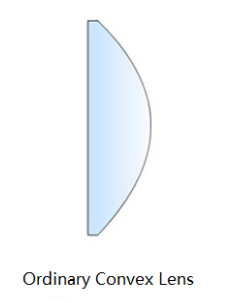 Saying so, do you feel a little disappointed: such a simple thing, also can blow so magical?

Fresnel lenses were invented in 1822, so there's nothing magical about them;

But Fresnel structures have a little bit technical.

The Fscreen Optical/ laser TV screen incorporates tens of thousands of tiny Fresnel structures on the screen, smaller than a human hair.

At this tiny scale, every structure has to be incredibly precise.

It is necessary to design the internal optical structure of the screen through complex calculation, simulation and demonstration for many times, using long-term accumulated technical solutions, combined with the ultra-precision processing technology that Fscreen is proud of, in order to create a Fscreen Optical projector /  laser TV screen!

Is a Fresnel structure projection screen a good screen?

First of all, the complexity of Fresnel structure is actually in the precision and fine

Laser TV screen, the processing accuracy is actually very demanding.  High precision, large size and requires production equipment can run for a long time without error...  There are few enterprises with such processing conditions, and Fscreen is one of the best.