The Difference between Optical Screen and Normal Screen

The difference between optical screen and ordinary screen is mainly from three aspects:

1.  The difference between ARL 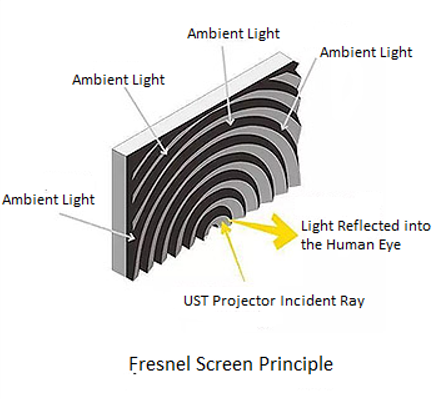 2. Improve the contrast of the display screen

The biggest effect of optical screens is to improve the contrast of the picture rather than brightness. Due to the low price,the ordinary screen in the imaging effect often difficult to do smooth, which is impossible to have much good imaging. Many cases are not uniform reflection, with side bright and side dark situation, if laser TV using this screen will damage the eyes, this is obviously. The Fresnel hard screen structure can improve the contrast of the picture through various optical structures on the premise of flatness.

3. The difference in the picture effect

According to different principle, Optical screen can use physical structure to achieve anti-light effect, also have the use of optical coating to achieve anti-light. But no matter that way, its essence is to overcome the interference of ambient light to the picture and refract the projected light more into the user's eyes. Ordinary screen or white plastic screen,because the main purpose is to control the cost of the projection screen, without taking into account the user experience, the motor is basically used the low quality, which is easy to burn out and there is a hidden danger of fire.

Fresnel optical screen is passive screen, which do not have power, its good performance fully improved by different function 8 layers of optical structure, which is security and protect the eyes.